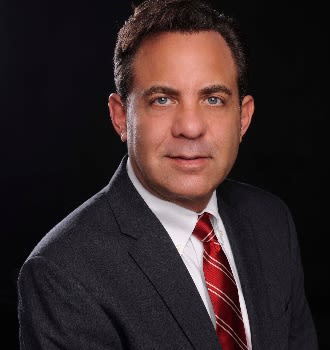 Jonathan is a seasoned attorney at law who has established a distinguished reputation for success. It is his high energy combined with diverse experience that has been the cornerstone for his representing clients since being admitted to the Florida & New Jersey Bars in 1988. Mr. Parker was admitted to the Hawaii bar in 2011.

Jonathan H. Parker now represents individuals in the legal areas of probate, trusts, and estate planning. Additionally, over the years he gained experience in various areas of the law including arbitration, mediation, as well as family law, franchise law, business sales, and DUI and criminal defense. This wide professional background gives him a particularly unique slant on any case he handles.

Previously, Parker hosted radio’s “The Lawmen Show.” It was broadcast in the Miami/Ft. Lauderdale market during drive time. Parker and two other attorneys discussed legal and business topics in terms that regular people understand. Over the years, Parker’s legal experience included representation of businesses and individuals in a multitude of legal areas, providing a strong foundation of legal knowledge and the workings of the criminal and civil court systems.

Parker has worked in the financial, banking and travel industries, for companies such as Prudential Securities, UBS, Wachovia Securities, and franchises GNC and The UPS Store. Needless to say, he is not only “book smart,” but has a wide range of actual practical experience when advising clients.

Jonathan Parker is a guest commentator on television and radio, as well as, an experienced public speaker, having presented innumerable seminars to large groups. In 2001, The South Florida Business Journal named Parker, “2001 Up and Comer of the Year” in the financial industry. Parker has been quoted in USA Today, The New York Post, and The Miami Herald. Additionally, he has appeared on Good Morning America on ABC, as well as Miami’s Fox television news affiliates.

"Call me before you sign the dotted line to save time, money, and headaches."

On the business side, Parker and his wife Melissa opened a UPS Store franchise in Miami Beach. This after owning and operating three (3) General Nutrition Center (GNC) stores in Miami, Hialeah and Marco Island, Florida. The Parkers have no problem working within the confines of a system to appropriately differentiate their operations for financial success.